Emancipation is a word with lots of meanings.

Its often associated with the women in this world. Justly because for a long time in history they have been neglected. In their freedom and independance. This is not only the case for women. There are lots of groups who are facing the same situation.

It are refugees , religious groups , gay people , elderly , the poor. You name it.

What is now the actual reason for this. Is it ignorance? Not up to sharing or even give up your position? Don’t want to share your wealth? Lack of respect for people who are different?

It all looks like fear. Fear does work in a crippling way. It also awakens agression. This are not particular things which we should be proud of as humans. We should for one time turn the coin. The other side namely shows succes. A joined succes consisting of friendship , love , involvement and so many beautiful things.

My way of turning the coin , for a major part at least , is to implement a Basic Income.

Many opponents and even proponents are looking mostly at the affordability point. But it is als one of the largest emancipators. It will make sure that women and men will get security. So they will be independent. They can make their own choices. They don’t have to adapt because they are economically dependent. The role between them will change into one based op equality. This goes on many fields. Also between employee and employer the roles will changed because of this.

An employer will have to adapt more to the employee. Good terms of employment. But also a business management which will be supported by the employee.  No more polluting production methods. Only products which can count on the support of the employees. No weapons please. The world can benefit from these kind of things. 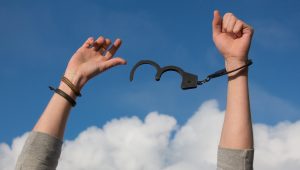