The landscape. How does it look like? That depends mostly on the perspective. Which glasses are we looking through? How do we hink about matters in this world? Where do we want to go? 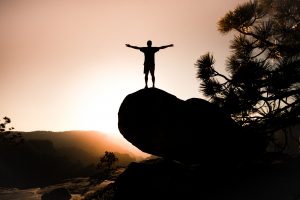 Good questions on which everybody has its own answers. The cleaning lady , the painter , the bank associate , the manager , the ceo , the politician and the multinationals. From the last one examples like Mark Zuckerberg , Bill Gates and Elon Musk say that we need some kind of Basic Income.

Nice that they are putting it into the spotlight. The rich are finally to meet with the needs of the poor? Their landscape or what they have in mind might be very different from the people who work hard for a low fee and an uncertain work situation. The multinational might think: I have to secure my selling market. If I want to transfer my production to cheap labor countries I cant squeeze them to much. A.I. , artificial intelligence , can do the work for us. We give them some basic income , not to much , and take away their work. Strikes will not have that much of an influence. The democracy is already in our control. Not much to fear there.

It sounds negative but that is how you look at it. Do I like this version of The Matrix? That depends on the chair in which you are sitting. My chair is social and humane. This means that I am looking differently at this. Basic income stands for in my perspective for freedom and the possibility to make your own choices. As a human and as humanity together. It means that except the amount of money you are receiving we also have the possibility for entrepeneurship. This is a free way. No unneeded obstructions cast up by multinationals and politics. A fair position. Transportcosts on products from the other side of the world should be added in a whole and fairly be added. Taxes on profits should be collected in a fair way. Tax paradises should be dismantled. Local companies should have a fair playing field. Maybe even a little better. And for everybody who is really adding value a fair share of the revenue.

Basic income and the financing of it can not be taken by taxing labor only. The gap , which is huge , between rich and poor really needs to be levelled. David Piketty made it very clear that the Kuznets Curve is a fairytale. Teachers however still teach it at school and most politicians still believe the fairytale. Levelling is not a way to make the rich poor but to make the poor extinct. Also to create a more tight-knit society. If we are maintaining the gaps sooner or later there will be a fight. A kind of French Revolution but on a larger scale or in a guerilla form. I would like to align with Martin Luther King: I have a dream. A dream of freedom and understanding. A dream without poverty , hunger , greed and violence.

But if that dream turns into a nightmare I will not remain timid and go up on the barricades.