Yes. The affordability word. The first question that you get. From politicians, sceptics , doubters and also the proponents.

It looks like the economy question is again the most important one. In our current system we can not manage things without making debts by the way. The debts are huge. Specially in some countries. So why do we now get this question.

On some websites you can find spreadsheets , calculating  tools in order to find out what is all possible. You can play with that. What I would like to do is give some guidelines. Point where we have to take money and where to give. Point out a few hurdles we have to step over.

First making one thing clear. Basic Income should be the income you can spend. If you are single or a couple the money you can spend should be inline. This makes it necessary that we have to cut it into two pieces. A part Basic Income and a part Housing Fee.

If we have agreed on the right amounts we can go the next step. The next step is the funding of it. 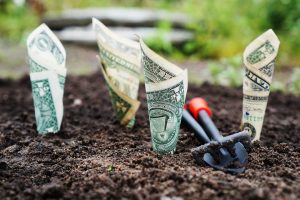 As the government has to pay for it the taxpayers are next. At this point it would be wise to think about fairness. Should we tax income , capital , transactions and in which balance.  People and companies. There is a big gap between rich and poor. Read for example Capital in the 21st Century from David Piketty. Where will be the most money and gains be established. Profits at companies and investors most likely. Its should be fair and therefore also taxed in such a way that it is fair.

Lets give an example. On income in first instance. How much money do people really need. Is that € 10.000.000 or is that € 1.000.000 per year. I think it is fair to have a maximum. In Holland we have the Balkenende Norm. Its currently € 187.000 ( 130% of the salary of a minister ). In my perception and I could manage with that amount. So lets make a kind ceiling with a progressive way of taxes so that you can earn a lot but most will taxes at flexible rate. The more income the more tax. For the people who are thinking why Basic Income for the rich. The Basic Income they are receiving will be taken back in this way.

Second example. Profit on the market exchange are huge and investmentfunds and banks are profiting. It also gives the financial world the opportunity to realize profits without participating in the real economy. The reason why banks where realized in the first place. Just tax every transaction and use the money for the fairness of basic income.

Third example. Taxes should be paid. Company profit should not go via tax free haven’s. Like what they are doing right now. Fiscal paradises should be dismantled. Preferably so that every country get a fair part of the profits that has been made. In this time of technology we are able to monitor what they are selling and where.  Tax them for every product sold per country. Than every country get their share. In case they don’t accept they will loose their permit to sell.

There are many more. From the perspective of money there really is enough.  Its only a smart re-shuffle. 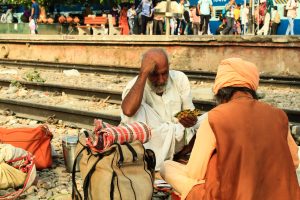