The world is in movement. The money is still on its way to the rich.

Subsidies for the energy transition is going to the companies. The taxes therefore have to be raised another time. The polluter has to pay. They let us believe that the car driver is the one who has to pay more excise duties on the gasoline. The people who are doing their groceries in the supermarket can pay extra VAT. Lets get the money from the mass. That’s where you can get the most in the easiest way.

Does the politician have to choose for the lobbyist? The man who gives him things , assurances and deludes him to a nice future. The politician thinks it is not that wise. The lobbyist has that much power. We can better be friends. He is also to smart. The citizen I can tell them anything and they will eat it like candy.

The citizens , specially those who are vulnerable , are being divided. Divided by politician with populistic agendas. Like for example Marine Le Pen and Geert Wilders. Its all to blame on the foreigners. Not the real point of pain but for them a nice insurance to get a few seats in parlement. Or Macron who is just taking over the points of view of the companies. Just like Mark Rutte.  If we let them make huge profits and at the same time low taxes everything will be fine.

The political party for education , the one of Rob Jetten , is saying that a good education is key. Meanwhile there are supporting that all students have to lend for their entire education. Also forgetting that it is not a job guarantee. Specially in a more and stronger globalizing world. The Party of Labour , where Lodewijk Ascher is the leader , who do not understand that because of  their name they are only representing robots and artificial intelligence shortly. The Green & Left party , with Jesse Klaver as their leader , who is only for real safe and sustainable energy. This will however make the world only less green and put a very heavy bill with the citizens of the world. Poverty on a major scale lures around the corner and with that their left point of view as well.

Things are already getting hot in Paris. 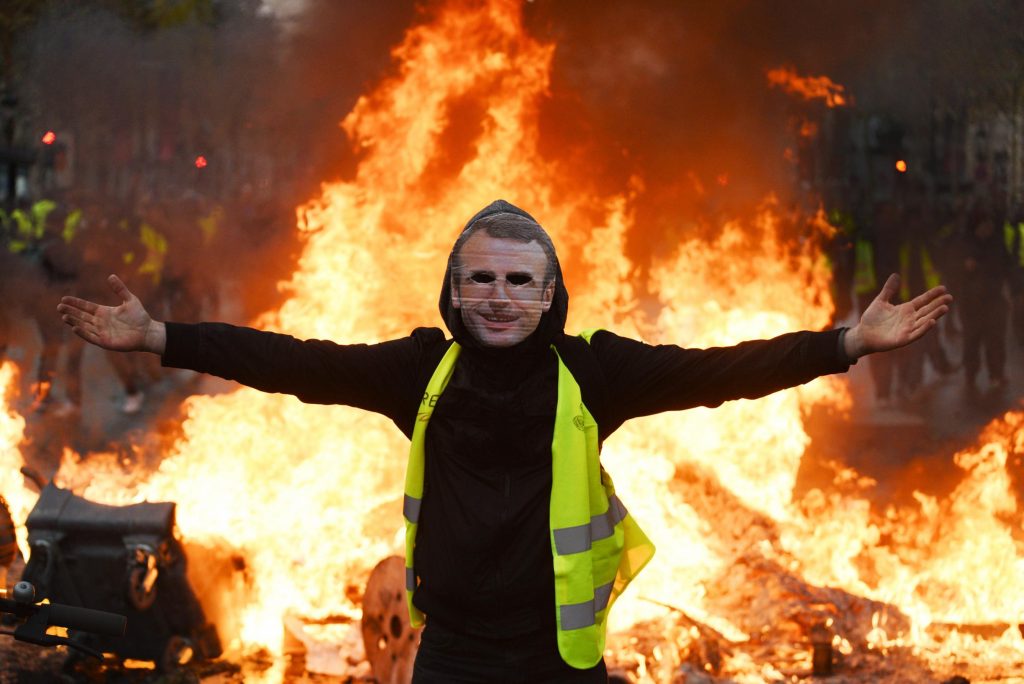 Is it really going to turn into chaotic situations. Looking at the last few days it could go easily go that way. The yellow vest could become a symbol in which many people can find themselves. Going into an avalanche and possibly turning into a severe revolutionary situation.

It could also become the symbol of the Precariat.  Strange and also anarchic is the fact that there is no real leadership. A dialog for example between Macron and the leaders is not really possible. Leaders like Macron have to think themselves and work on the solutions. That will be difficult. Although they are representing the people they are not a part of the people already for a long time. They are the elite and therefore elitists. Their intelligence also seems to help them to get in that situation.

But if I would be in their shoes I would go quickly on a crammer. In earlier times the Sun King was abundantly to late with that. That is the reason why the word revolution still has a French flavour. But that could become European or Global now as well.

10 thoughts on “Yellow Vests , a triumph from Paris.”